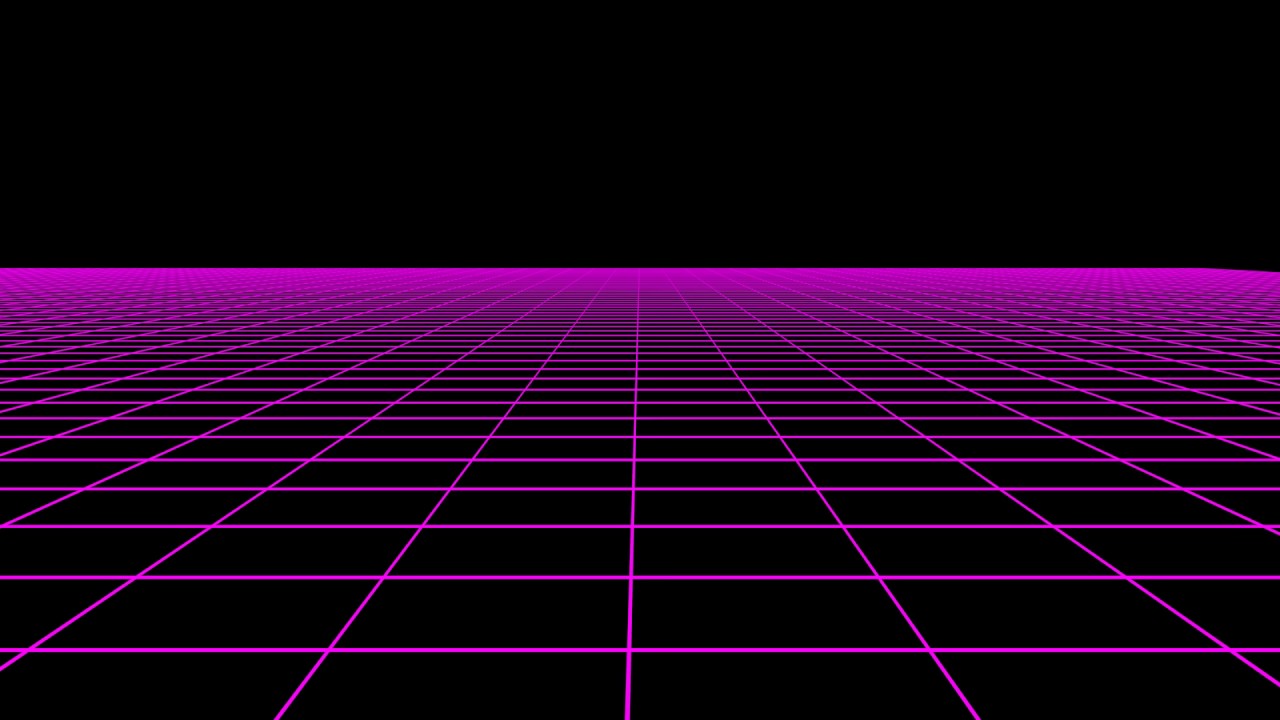 The Internet started as a military network before it evolved into an academic and commercial network. It was built during the Cold War, and the protocols were designed so that they could keep working even in the event that parts of the network were destroyed by a nuclear attack.

A long time ago, in a network, far far away, a great adventure took place! Out of the chaos of new ideas for communication, the experiments, the tentative designs, and crucible of testing, there emerged a cornucopia of networks. Beginning with the ARPANET, an endless stream of networks evolved, and ultimately were interlinked to become the Internet.

As twenty-first century human civilization descends further down the postmodern rabbit hole of simulated simulation and virtuality, it has become absurdly clear that the Internet that so many of us had naively envisioned as the wave of a more democratic and egalitarian future — back in the less cynical 1970s and 1980s — is being systemically dismantled and destroyed, not through the authoritarianism of governments, but at the hands of an even more insidious and evil cabal: the mass media.

From where we stand today, the era encompassing the mid-1970s to the early 1990s almost seems like a mythical never-never land, a time when 99.999999998% of humanity had never even heard mention of the name “Internet,” let alone know and understand what on earth it is, and completely oblivious to the inevitable fact that a day would arrive when all human activities, every facet of human existence across the planet — education, entertainment, sexuality, trade, commerce, diplomacy and even warfare — would be engineered, facilitated and brokered through this intangible “network of networks.” The few of us who dared then to speak of these inevitabilities were almost always ignored, and more rarely ridiculed, much in the same way the mass media aggressively mocked the concept and practical viability of the Strategic Defense Initiative, which like most Cold War technological innovations was undertaken in direct response to the bleeding edge Soviet space-based missile defense shield and laser weaponry projects [archived snapshot].

When the US-led NATO military-industrial complex agreed to subsidize the research and development of the internetworking protocols and standards proposed by “Fathers of the Internet” Vinton Cerf and Robert Kahn, they did so not out of some sense of altruism, but because of the potential for global internetworking to facilitate secure and cost-effective human communication and data transmission between public and private sector institutions in the Americas, Western Europe, and Oceania. While the idealistic “Fathers of the Internet” and the many scientists and engineers who worked together across many nations to rapidly speed up the development pace of bleeding edge technologies, for the US and its NATO allies the ultimate objective was to cynically speed up the development of bleeding edge weapons of mass destruction to use against the USSR and other enemies of the “free world” in any potential future conflict.

By the late 1970s it became increasingly apparent to the Pentagon and US Intelligence Community that this would never happen and by 1981, the emerging neoconservative cabal in Washington — headed by such warmongering psychopaths as George H. W. Bush, Dick Cheney, Donald Rumsfeld, Caspar Weinberger, and John Bolton — attempted to scale down and ultimately defund all civilian DARPA projects that they perceived did not offer the US and NATO any significant advantage in the nuclear arms race against the USSR.

There was only one problem, an obstacle that seemingly appeared out of nowhere in the mid-1980s and that could not be reasoned or bargained with and would absolutely never stop until they were ready to concede defeat. The obstacle took the form of a technocratic politician named Al Gore, who was one of the very few, if not the only politician in Congress who zealously railed against the dismantling of DARPA information technology projects, most especially the Internet, which had the potential to evolve into the near-infinitely scalable medium of digital information first conceived and proposed by Vannevar Bush in the 1940s and 1950s, long before Marshall McLuhan discovered the postmodern truth that he came to express succinctly in the phrase, “the medium is the message.”

The idealistic and once implausible concept of universally distributed information accessible by anyone, anywhere, has since come to pass in the years following the invention of the Hypertext Transfer Protocol (HTTP) by Tim Berners Lee in 1990. We have the technology today to go further and farther than at any time in history to such an extent that we are now able to eliminate illiteracy, ignorance, hunger, famine, disease and poverty, should the will to do so genuinely exist among the majority of the world population.

Yet, we are witnessing the exact opposite, and worse still is that it is because of the rapid and widespread adoption of the Internet. Rather than making people more literate, more educated, more aware, the Internet is helping to make people more stupid, more ignorant, more bigoted, more violent and more reactionary in the worst possible way.

The mass media and the multinational corporations that sponsor and control them hate the Internet and its potential to accelerate the evolution of the human race toward limitless expansion far beyond this desolate corner of the Universe where we have languished for over a hundred thousand years, most of it spent in endless barbarism and bloodshed.

The method by which the one percent have used for thousands for years to keep everyone else in inescapable subjugation and slavery is through the deliberate corruption and dismantling of language and culture. This is how the decline of civilization begins. It continues through the relentless objectification and sexualization of women and children, ultimately resulting in the total erosion of the nuclear family unit in favor of nanny state collectivism and social authoritarianism.

The only way any person or organization can control you is by lying to you and forcing you to accept their logic, the most clear example of such can be found in the novel Nineteen Eighty-Four by George Orwell, whereby the protagonist is psychologically terrorized to accept that two plus two does not equal four, and that the correct answer is that two plus two equals five, or whatever number the Party dictates as being the officially mandated “truth.”

Over the past decade, mass media have been aggressively pursuing an absurdly irrational and grammatically revisionist and technologically incorrect policy of deprecating the use of the name “Internet,” which is and has always been a proper noun, and replacing it with the generic lowercase term, “internet.” Even more insanely, they are justifying this usage based on the thoroughly false claim that the name “Internet” was never even a proper name to begin with and that because whenever most people talk about the Internet, they are almost always referring to the global network and not any other network, therefore there is no point in capitalizing “Internet,” because it’s always been a generic term and not an actual name.

All of this is pathetically and hopelessly wrong. All the key figures in the inception and development of the Internet and the World Wide Web, as well as the key infrastructure providers across the world that form the Internet backbone, all of them unequivocally agree that the name of the Internet is indeed a proper name and has always been such since the switch from ARPANET to INTERNET, which were entirely capitalized to conform to standard US military naming conventions, which also influenced computer naming conventions in the private sector, such as UNIVAC and UNIX. As the Internet moved away from DARPA and toward civilian administration, all-caps were deprecated in favor of standard grammatical syntax, i.e. INTERNET >> Internet, UNIX >> Unix.

To clarify even further, Vint Cerf, the man who was the principal architect of the Internet as it exists today, who with Robert Kahn developed the core protocols, and who thanklessly and tirelessly served as the de facto evangelist for sustaining Internet research and innovation, are emphatically opposed to the lowercasing of Internet due to the fact that it is a proper name and always will remain as such. Without these two men, the Internet would never have come into existence. Tim Berners Lee likewise agrees, and without his zealous commitment to open standards and free society over proprietary patents and billionaire greed mongering, the Web would never have come into existence. These are the innovators whose technologies and inventions of yesteryear have come to define our world today and the forward progress of human evolution toward the future and beyond.

The more people allow and accept mass media and multinational corporations to dismantle and destroy the way we use and understand language, the more stupid, ignorant, and intolerant society at large will devolve into barbarism and culturelessness.

Cultural decline and oblivion always start with small, seemingly insignificant changes, gradually becoming more and more revisionist as the one percent consolidate their power and stranglehold over the masses.

If you stand for knowledge over ignorance and science over stupidity, don’t help the oligarchs make future generations into corporate slaves and androids: use the proper name of the Internet, not the generic term for internetworking, which is “internet.” They are not the same.

This site uses Akismet to reduce spam. Learn how your comment data is processed.